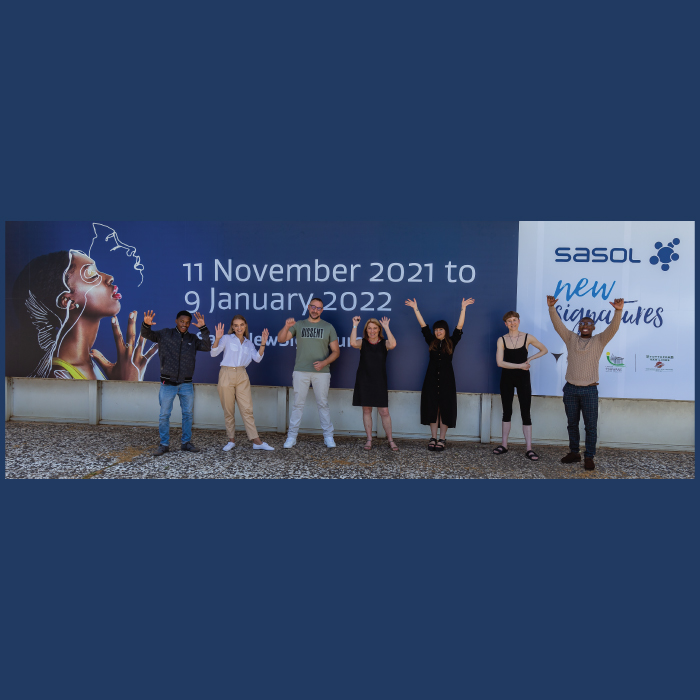 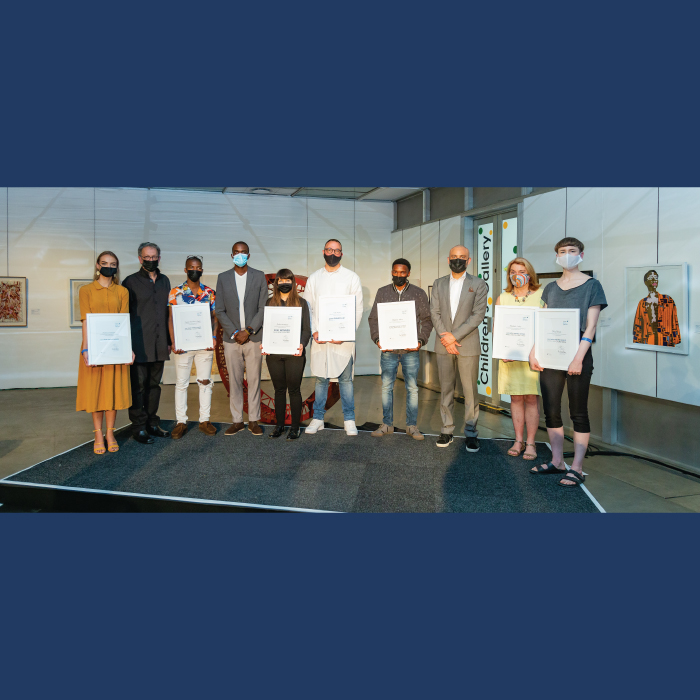 Cape Town-based artist, Andrea du Plessis, 40, has been announced as the winner of the 2021 Sasol New Signatures Art Competition. Du Plessis won the coveted title for her mixed media work  Paloceae Lupantozoa.  The work is inspired by Martin Johnson Heade’s “Orchids and Hummingbirds” series. The artwork consists of a painting created through the traditional oil on canvas technique that can also be experienced as a multi-sensory animated video. The video component of the artwork, which includes sound, is accessed via an Augmented Reality (AR) animation of the oil painting. By downloading an App on their digital device and pointing their camera towards the painting, viewers activate the Artificial Intelligence sound and video animation sequence which literally brings the painting to life on their digital device. “The oil painting and AR video create a link between past and contemporary representations and experiences of nature. By juxtaposing the 19th century Romantic tradition of painting with emerging technologies, the artwork creates a tension-filled interface, momentarily transporting the viewer into a familiar yet alien world. But most crucially, experienced in its multiple modalities, the artwork offers the viewer an opportunity to reflect on their relationship with nature and our changing landscape,” said du Plessis.

As the winner of Sasol New Signatures, du Plessis walks away with a cash prize of R100 000 and the opportunity to have a solo exhibition at the Pretoria Art Museum in 2022. Sasol has been the sponsor of the competition for 31 years. “We remain committed to play our part in supporting the arts through this prestigious competition because we recognise the integral role it plays to mirror and record where and who we are as a society, both collectively as a nation and for artists’ personally. Our role in the arts is a shining example of our purpose in action.  A purpose we will live up to as we continue to play our part in advancing the interests and developmental needs of artists at all levels. We are not just a sponsor, we are a partner in the development and growth of the arts.” said Elton Fortuin, Sasol Vice President: Group Communications and Brand Management.

Pfunzo Sidogi, who was appointed Chairperson of the competition in 2019 said, “It has been an absolute privilege to oversee the return of the Sasol New Signatures Art Competition. As I contemplate my first year as Chairperson, I am humbled by the significance this competition holds in the imaginaries of visual artists throughout the country. I was impressed by the amazing response we received from artists at all the regional collection points, and equally gratified by the quality and narrative power of the artworks submitted. Thank you to all the artists who entered the competition - your art indeed matters”.

Coming in second place and winning R25 000 was Dalli Weyers from Johannesburg. He wins for his work titled Forward: A manifesto created in the artist’s preferred medium, plastic bags. “Plastic bags, through a process of photo-degradation, disintegrate but don’t break down completely. Instead, they turn into microplastics that remain in the environment for centuries. The use of this medium thus reflects both the detritus and progress made throughout history – both present and unseen – that the manifesto hopes to draw from and address” he said.

The 5 Merit winners were:

“The arts remain as relevant as ever.  With an increased emphasis on mental well-being during times of isolation and quarantine, we have seen many people turn to creative activities to help work through these trying times.  We salute all artists who, despite the current challenges, have continued to practice their craft and dream of the impossible. Each and every artwork submitted this year has an inspiring story to tell” added Elton.

Patrick Rulore, winner of the 2019 Sasol New Signatures Art Competition will have his first solo exhibition that forms part of his prize. The exhibition comprises of 15 paintings, all of them oil on canvas.  The series explores human connections against the backdrop of an ephemeral world of light and shadow.  “These paintings form part of my Stage 4 moments series which captures typical moments in many South African households during load shedding. While it is undeniably unwelcome, load shedding has disrupted the normal scenario where individual family members are effectively isolated from each other, being immersed in the escapist realities offered by electronic devices like cellphones and televisions” said Rulore.

Patrick Rulore’s solo exhibition and the Sasol New Signatures Art Competition exhibition, featuring the work of the 2021 winners and finalists, take place at the Pretoria Art Museum from 11 November 2021 till 9 January 2022.  All the finalists are included in the highly respected competition catalogue.